Home › Blog › What You Should Know about Healthy Energy Drinks

What You Should Know about Healthy Energy Drinks

When you buy through links on our site we may earn a commission at no cost to you. Learn more
Posted by Petra Amara

Do you need an extra kick to get rowing? Maybe you are thinking about reaching for an energy drink like Red bull or Monster Energy, let me be your inner voice. Don’t Do it.

Most energy drinks sold today contain sugar and stimulant compounds (like caffeine). Even though marketers’ market these drinks as the solution to physical and mental energy needs they are simply not good for you. These energy drinks may or may not be carbonated, may contain supplements, herbal extracts, amino acids, taurine and more often than not lots of sugar.

Sugar is usually the main ingredient in these energy drinks unless you’re opting for sugar fee (also unhealthy) alternatives. A lot of energy drinks are in large can sizes, and they contain a lot of added sugar. Consumers are advised to stay away from food and beverages that include a high level of sugar and yet so many products that claim to be good for you are full of sugar. Sugar by itself can function as a stimulant as it can aid in the release of dopamine in the brain, unfortunately later comes the sugar crash. This is not a healthy cycle to rely on for energy.

Caffeine is another staple ingredient in energy drinks. Each drink varies in the amount of caffeine, some drinks have small amounts and some have large amounts with multiple sources. So, users can consume more energy than a cup of hot coffee. When caffeine is in too high of quantities it can cause irritability, headaches, rapid heartbeat, and nervousness. The amount of caffeine in energy drinks is more than the recommended amount for children or adolescents. Some of these energy drinks have as much as 300 mg per can. This is an excessive amount to be drinking on a daily basis. If its caffeine you’re after just have coffee or tea. 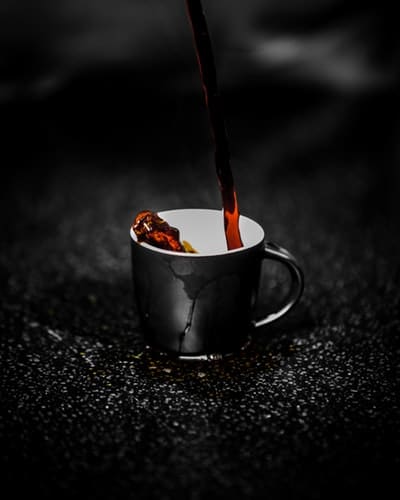 Taurine is otherwise known as an amino acid, and it is the building block of protein. Taurine is present in many energy drinks. It serves as an antioxidant, and it helps to improve athletic performance. At Least that’s the claim. Its benefits are not entirely proven. Research points to it helping with congestive heart failure and liver disease than any other use.

Lastly, there are many other ingredients present in energy drinks like Inositol, electrolytes, glucuronolactone, B vitamins, niacin and many others. Niacin helps to convert food into energy. But when there’s too much niacin in the body, it can cause tingling, burning, redness, and itching in the chest, arms, and face. B-vitamins are known to improve energy and support health. Some of the ingredients being added to these drinks come with little research like glucuronolactone. Very little research has been done to prove its benefits or long term health effects. This is a big problem with supplement, not knowing the long term effect could end up causing health issues later in life.

Energy drinks are not really good for energy 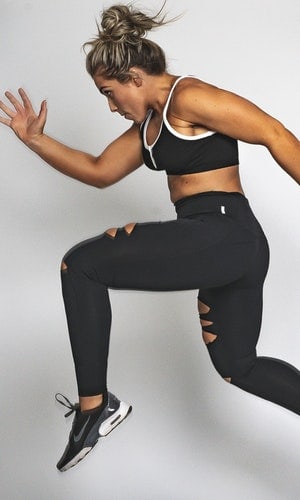 Even though they are called energy drinks, after sugar and caffeine the other ingredients (taurine, glucuronolactone, and L-carnitine) do not provide any genuine energy boost. Taurine and L-carnitine are amino acids, and they are responsible for energy metabolism. You can find these amino acids in organs, muscles, and tissues. They may be involved in energy production, but they do so little to increase energy production.

Glucuronolactone is known to increase energy because it has an impact on energy metabolism. However, it has no real effect on energy levels. The energy boost we feel is mainly coming from sugar because glucose is a significant energy source. Getting energy supply from sugar doesn’t last long before the crash occurs. The adverse effects of sugar in energy drinks doesn’t stop there as it typically contains 13 teaspoons of sugar per serving, which is more than double the daily limit of 6 teaspoons by the World Health Organization.

The only ingredient that is proven to increase alertness and energy is the stimulant caffeine. Caffeine affects neurotransmitters in the brain, it increases some that help with wakefulness and energy, more importantly it decreases others that make you tired like adenosine.

Energy drinks can cause dehydration

One of the main ingredients in energy drinks is caffeine, and caffeine has a diuretic effect, meaning it increases urine production. In extremes, the diuretic effect of caffeine can cause dehydration. According to the author and nutritionist Beth Warren, taking energy drinks can be particularly harmful to people who are drinking it for the first time and do not know they are to compensate by drinking extra water. People shouldn’t consume more than 400mg of caffeine per day, says the FDA.

According to nutritionist Lisa Cohn, the caffeine in energy drinks does not only cause a diuretic effect, but it can also create an increase in the heart rate. There have been various researches that looked into the incidences of cardiac events after energy drink consumption among adolescents. Researchers found out that when teenagers abuse energy drinks, it causes an increased risk of cardiac events, most notably in those who have underlying heart conditions.

In some cases, the energy drink caused a change in the heart rhythm among teens with healthy hearts. The heart rate risk increases when a teenager engages in exercise or sports after abusing energy drinks. There are also cases where the high content of caffeine in these drinks can trigger undetected heart conditions.

There are some energy drinks made out of natural plants, but that doesn’t mean that it is good for you. Guarana is a common ingredient in energy drinks, but it is very high in caffeine, any energy benefits you would get comes from the caffeine. Guarana can also stimulate the central nervous system, which can cause a feeling of mental clarity and energy boost as well as reduce appetite. It also can cause some adverse side effects like insomnia, headaches, mood swings, and nervousness. It can even be more dangerous if combined with prescription medication and can cause various side effects from digestive and cardiac problems to impaired decision making and judgment. What also makes guarana more dangerous is that it is not in the list as an additional source of caffeine in the ingredient list. Be aware that mixing multiple sources of stimulants can be dangerous to your health.

Energy drinks can damage your teeth

Lastly, energy drinks can damage your teeth because it contains citric acid, which is highly corrosive to the teeth. Like soda pop drinks, highly acidic and can easily dissolve the tooth enamel. A combination of citric acid and sugar is a perfect storm to the teeth as it can cause tooth decay and tooth enamel demineralization. Once the Enamel is gone, it will not grow back. What’s even more concerning is that the manufacturers do not indicate the amount of citric acid in energy drinks.

In conclusion, energy drinks are not as innocent as they may seem. So, before you pop that next can of energy drink, rethink what it does to your body.